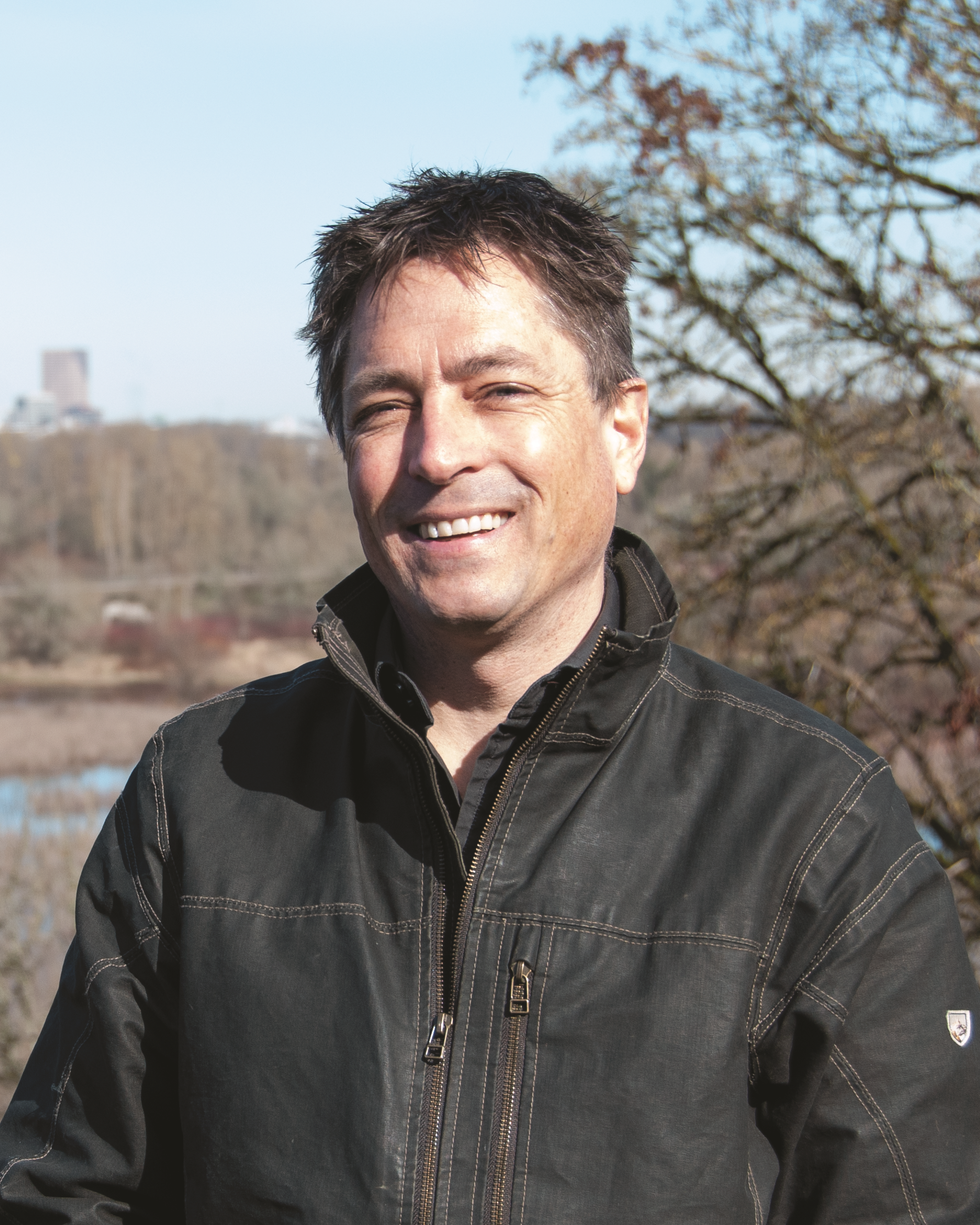 Simon Fulford is a seasoned nonprofit leader who has worked in the US, UK, France & South Africa. Living in New York from 1992-2004, Simon co-founded and directed Art Start, an arts-education organization serving socially-excluded youth.  Art Start was honored with a President’s Service Award in 1997. During the same time, Simon also worked as a photographer and advocate in the disabled community, a role that brought him regularly to Oregon to work with local partners. Returning to England in 2005 Simon project managed the launch of the National Disability Arts Collection & Archive and joined The Prince’s Trust, one of the UK’s leading youth-serving nonprofits, spending three years as a Regional Director. In 2010 Simon became Chief Executive of Khulisa UK, an arm of Khulisa Social Solutions: South Africa’s leading violence-reduction, youth diversion and restorative justice provider.

Simon moved to Oregon in 2016 as both a freelance criminal justice reform advocate and Executive Director of Diagrama Foundation USA, a chapter of Foundacion Diagrama, Spain’s leading provider of juvenile justice and child welfare services with operations in several European countries.

Prior to joining Parrott Creek, Simon spent a year as a senior Program and Policy Analyst for the Oregon Youth Authority (OYA).  In this role, Simon led the development of an agency-wide equity framework and definition of an OYA culturally relevant service model.  He also co-designed and co-led culture-building initiatives and leadership training for both the exec team and 100+ managers.

Simon was elected to the Restorative Justice Coalition of Oregon’s Coordinating Committee in November 2017 and as its President in 2020. Simon has chaired the Oregon Alliance of Children’s Programs Juvenile Justice Affinity Group since December 2018 and (in his spare time?) is also President of the Sellwood Moreland Improvement League – his local neighborhood association. In all three organizations Simon is actively involved in their diversity, equity and inclusion activities.

Simon is married with three sons and a dog (but he used to think he was a cat person). 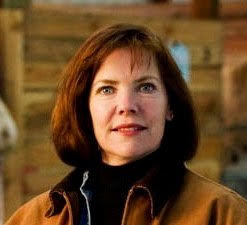 Growing up in Oregon City, Missy was keenly aware of Parrott Creek’s mission especially since her best friend in grade school’s mother was a counselor at the Ranch for many years. Missy’s passions extend to the horse community as an entrepreneur producing her internationally acclaimed Training the Whole Horse video series, founder of Iron Free Riding and maker of the All‐In‐One Bitless Bridle. 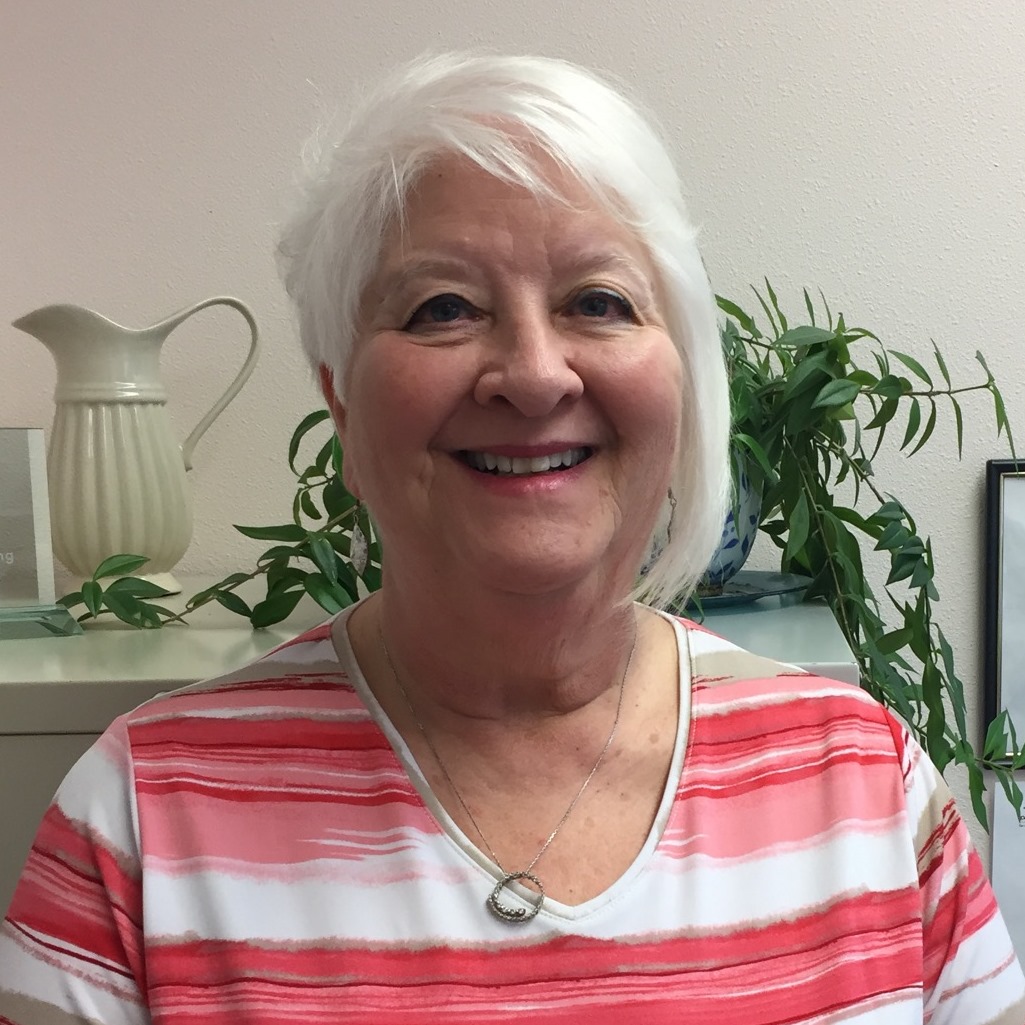 Donnie Benjamin has been working at Parrott Creek since 2004. She began her career with Parrott Creek as the Receptionist, was promoted to Office Manager, moved into Payroll, and was then promoted to Human Resources Manager.  She says there is never a dull, boring day at Parrott Creek. “My job is to try to balance what’s in the best interest of our employees and the Agency.” In 2018, Donnie received the Judge Blanding Staff Award for her exceptional dedication and contribution to the organization.

Donnie has four grown children and seven grandchildren. She likes to spend weekends at her RV at the beach, travel, go to concerts and plays, and enjoys spending time with her family. 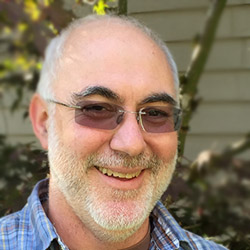 Neil Davies has been working at Parrott Creek since 1994 and in that time has done everything from changing the oil on the vans to being the Program Director. In fact, all of his professional experience has been working with youth. Neil loves the freedom to innovate and move forward that Parrott Creek offers. In his words, “they always have been an agency looking to improve services and have never been satisfied with just good enough.” That is why Parrott Creek has been lucky enough to keep him here for so many years!

In his free time, he listens to a lot of music and attends concerts with his family. During football season (he means the football that involves the round ball and a netted goal) he spends his early morning shouting at the TV. 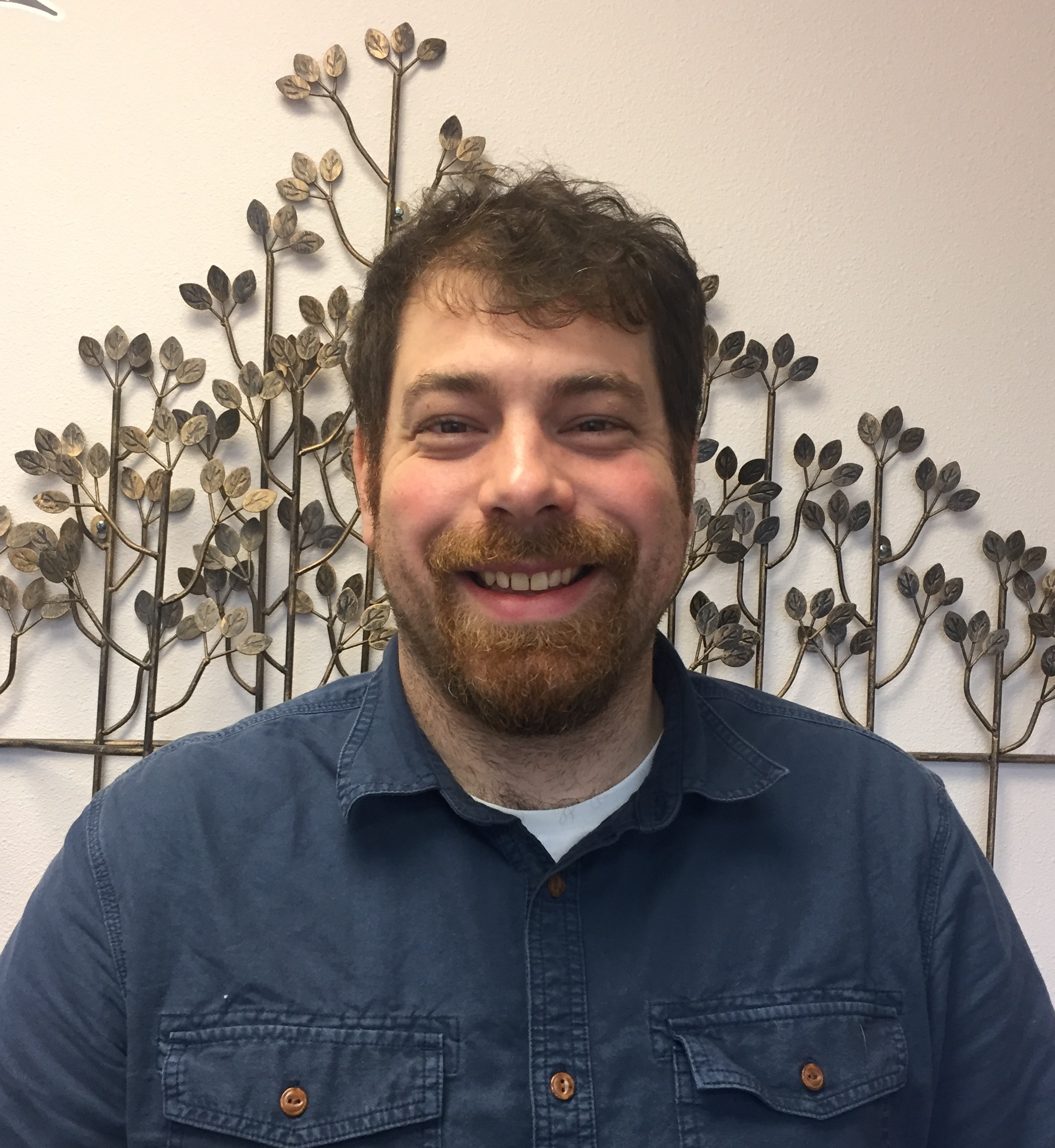 Paul Stanzione began working at Parrott Creek as a therapist/case manager for the residential and shelter programs in 2013. He received his Masters in Social Work from PSU and was an intern at Parrott Creek prior to applying for a full time position after graduation. Paul is passionate about working with diverse youth and families and is an advocate for social justice. Parrott Creek has provided him with opportunities to grow professionally and he has become a Licensed Clinical Social Worker during his employment. Prior to Parrott Creek, Paul worked as a skills trainer and caregiver for adults with developmental disabilities in Baltimore, MD and in Portland, OR.

After four years of working at the residential programs, Paul took over the Parrott Creek Lifeguards outpatient program in May of 2017. Paul was excited for this opportunity and has enjoyed taking on different roles for the agency. In 2021, Paul took over as Parrott Creek’s Director of Clinical Services. Both of Paul’s parents are social workers and they say that helping others is “in his blood”. In his free time he enjoys playing sports, traveling, camping, and spending time with his family. 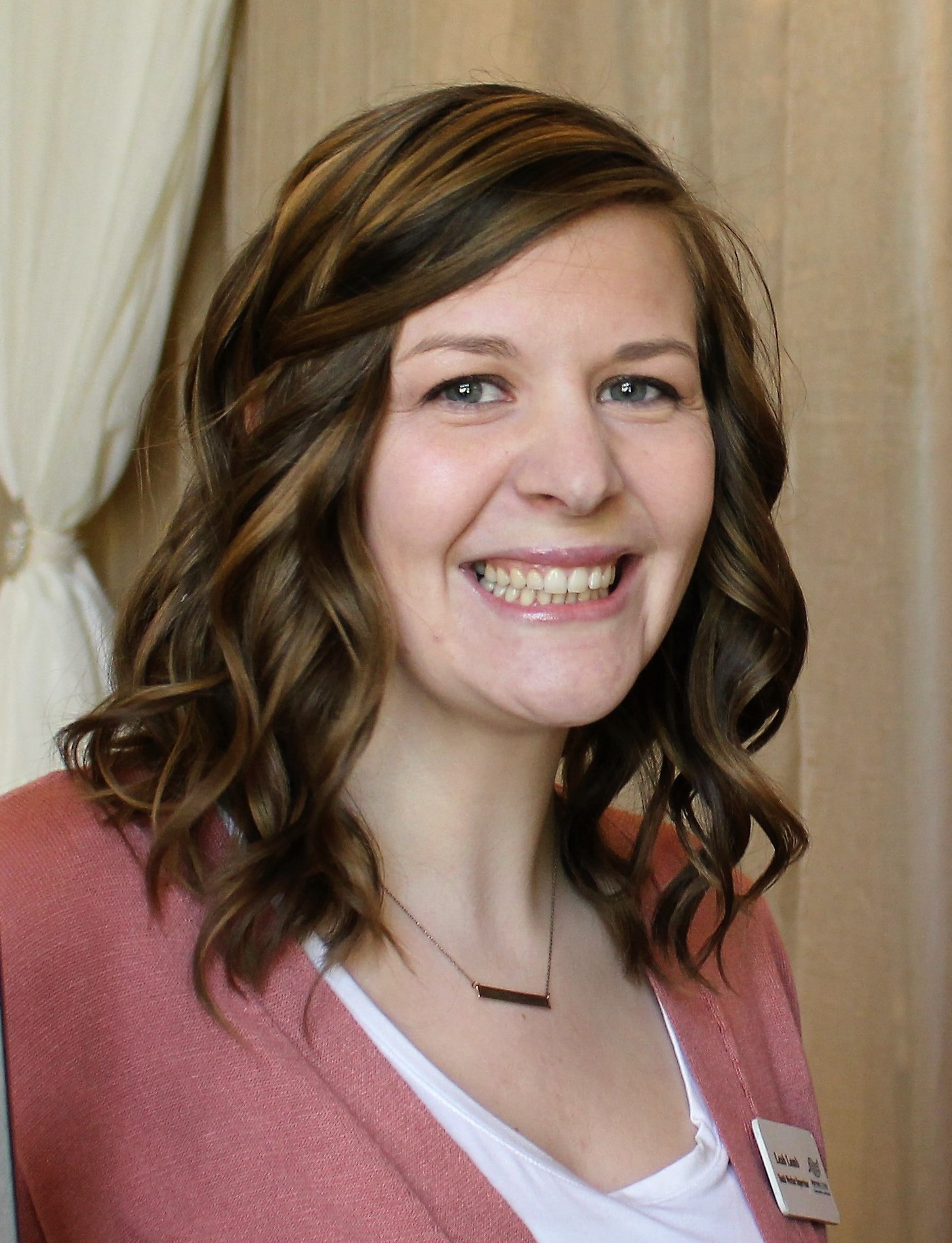 Leah has been with Parrott Creek since 2011 and is currently serving as Program Manager of Parrott Creek Ranch. Leah graduated from the University of Oregon in 2011 with a Bachelor’s degree in Family and Human Services and has been working with youth in juvenile justice system for almost all of her professional life. In her free time Leah enjoys hiking and getting outside. Also an avid soccer fan, Leah takes pride in coaching her niece’s soccer team. 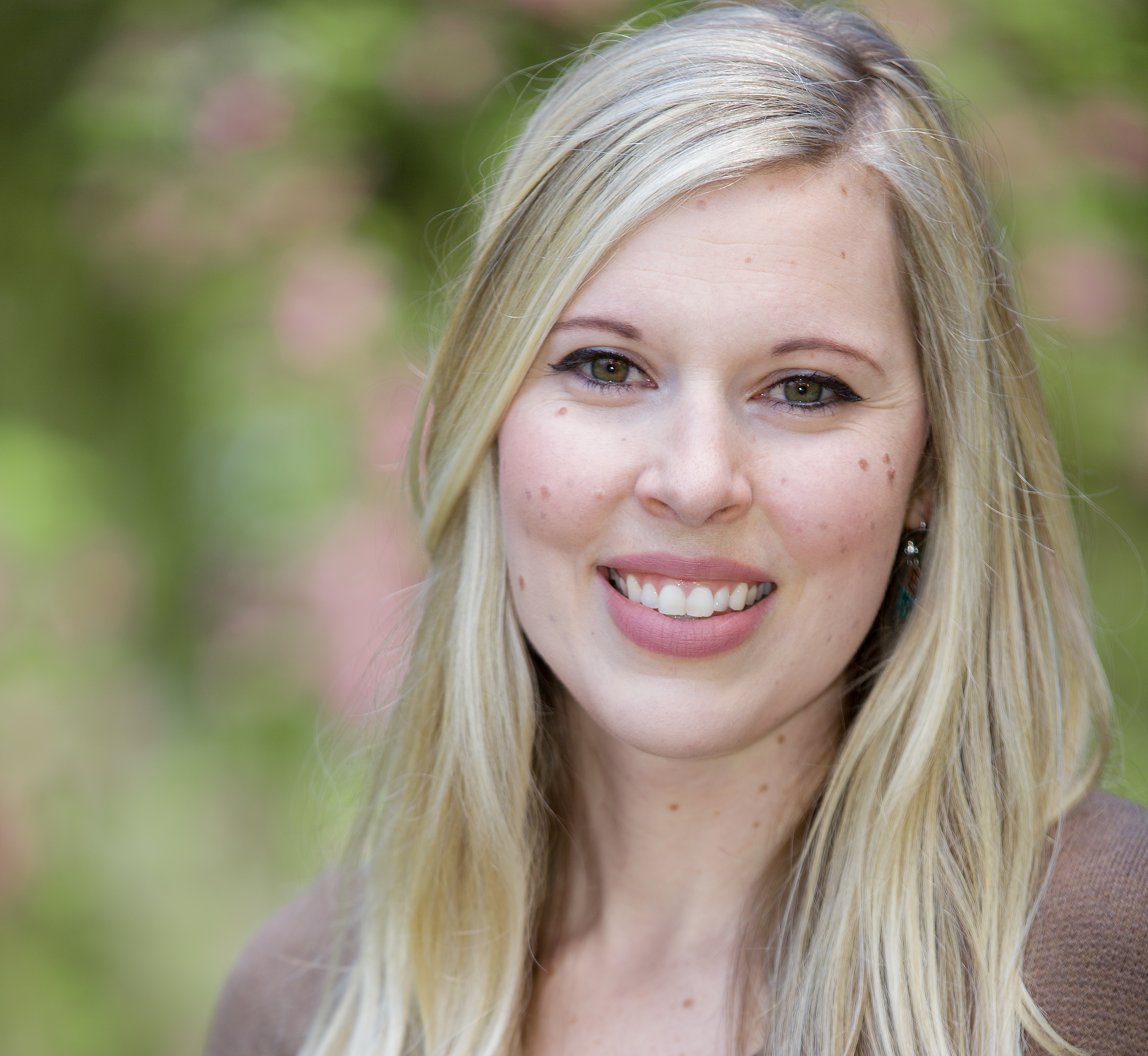 Justina Johnson joined Parrott Creek in 2017 with a background in fundraising, communications, and finance. Justina graduated from California State University, Chico in 2010 with a Bachelor’s Degree in English Literature and a Certificate in Literary Editing and Publishing. Her background in writing and editing has driven a career in grant-writing and non-profit fundraising, and she has served in management and development roles at non-profit organizations in California and Oregon.

Justina is passionate about community engagement and Parrott Creek’s work serving youth and their families. She loves reading, baking, and outdoor adventures with her family. 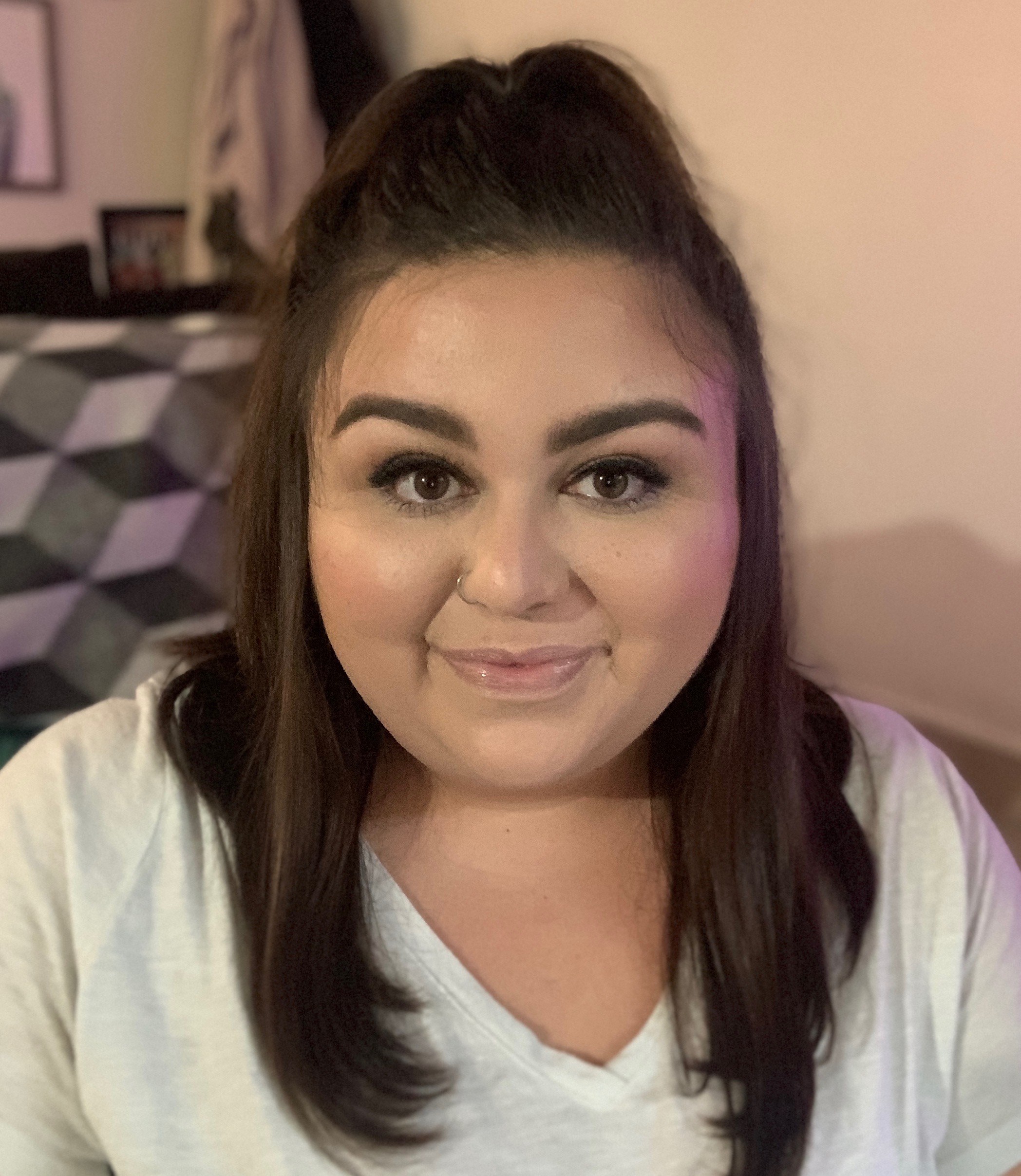 Kalena came to Parrott Creek through the merger with True Housing in 2020. Kalena started with True Housing in 2015 as the Independent Living Case Manager. She has a BA in sociology and a minor in art history from the University of Oregon and has served in a number of roles including youth advocate (both residential and homeless), case manager, program coordinator and program manager. She has been the Director of Operations since 2019.
Her favorite part of the job is that no one day is the same. She gets to work closely with a diverse group of wonderful people that are equally passionate about helping children and families in our community. 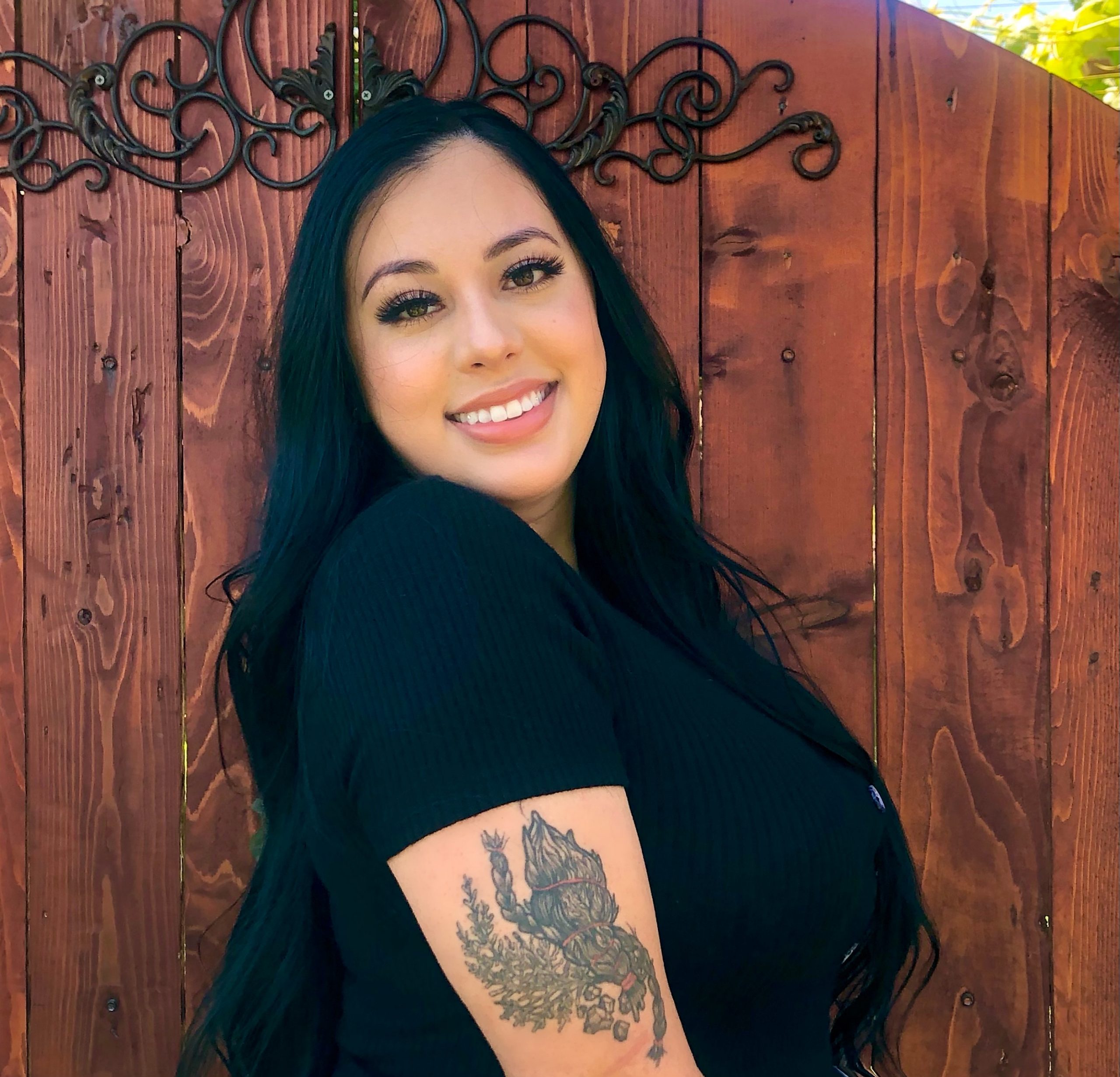 Ameyalli joined Parrott Creek in 2021 as Cultural Ecologist.  Ameyalli is a recent graduate of Oregon State University with degrees in Sustainability, Fisheries and Wildlife Science with a focus on Native American Ecology, Ethnic Studies with a focus on Native American Studies, and a minor in Spanish. She is Osage and Mazahua, and was raised in the Indigenous communities of Oregon. Her role focuses on Indigenous land management and ecology with our residential youth, as well as strengthening partnerships with local Native American communities and organizations. 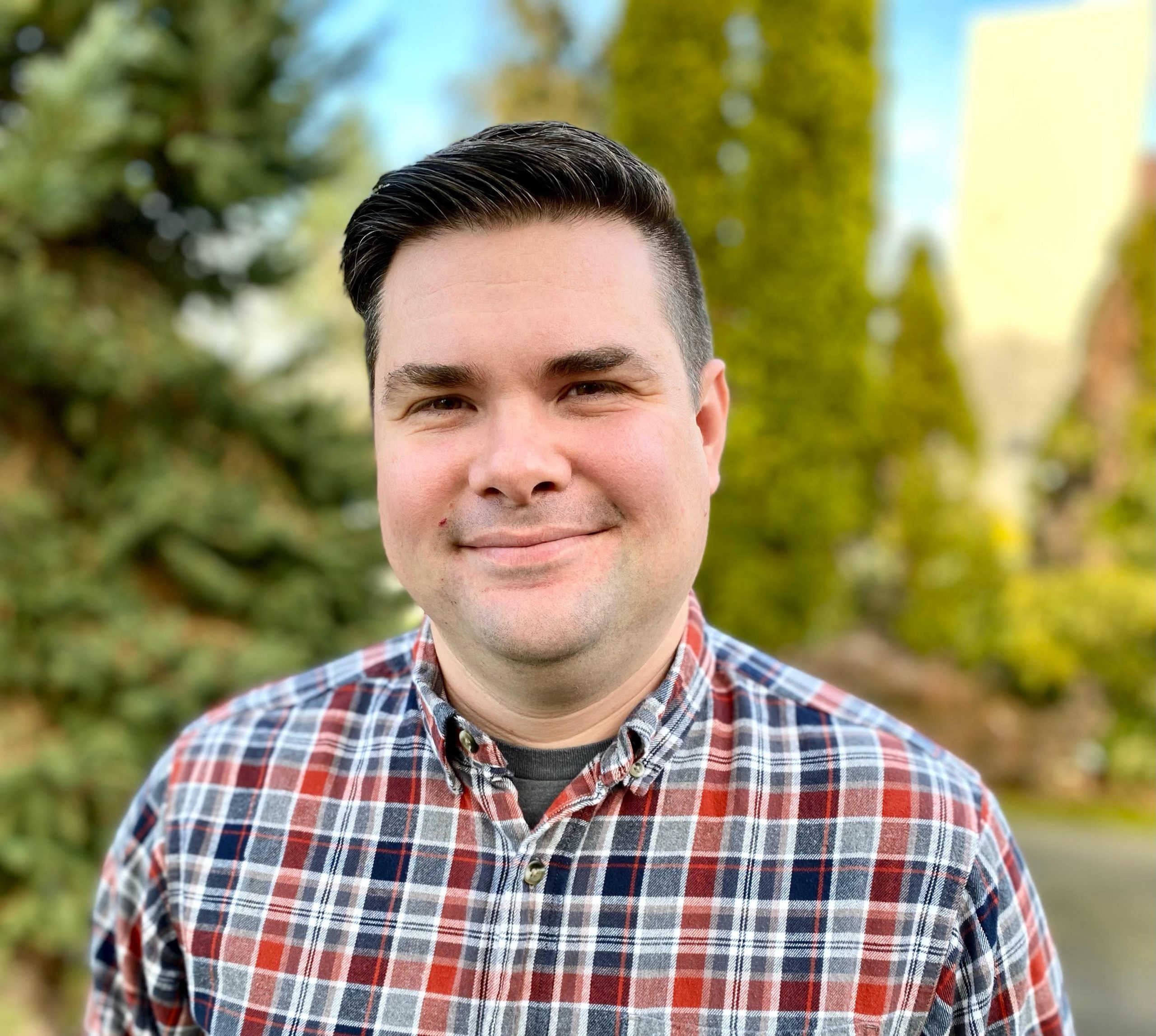 Scott joined Parrott Creek in 2021 after spending the last 3 1/2 years working with various youth populations in Oregon, including a residential facility for adjudicated youth, a sub-acute psychiatric residential facility for youth, and a drop-in center for unhoused youth. Scott holds a Master’s degree in Social Work from Indiana University and a Bachelor’s degree in Marriage & Family studies from BYU-Idaho. He is passionate about serving the adolescent population and works hard to give them the tools they need to be successful. He believes there is no such thing as a “bad kid” and that everyone has personal strengths. When not at work, Scott enjoys spending time outdoors, particularly hiking, camping, and backpacking. 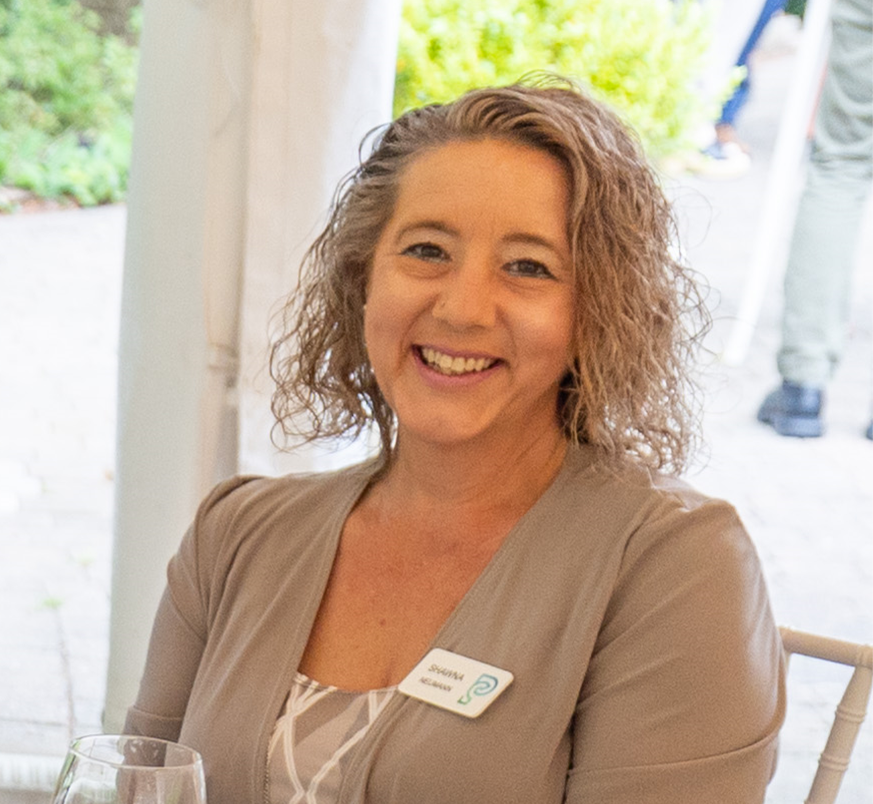 Shawna joined Parrott Creek in 2022 as our Housing Program Manager and brings an extensive background in recovery services. She became a Certified Alcohol and Drug Counselor in 2007 and began her career at DePaul Youth as a Treatment Assistant, where she worked with both male and female youth on navigating new recovery and building a network of healthy peers. Since then, Shawna served DHS involved women and children at Letty Owings over a period of 10 years, worked in outpatient addictions at Quest Center for Integrative Health with a focus on the LGBTQIA+ community, and managed a No Opiate Pain Management Program. Shawna brings an incredible background in the recovery community, as well as lived experience and 34 years of sobriety. She is passionate about gardening, kayaking, and playing with her puppy Kiah. She has two adult children, and her life quote is: “Stand in your truth, even if you are the only one standing. 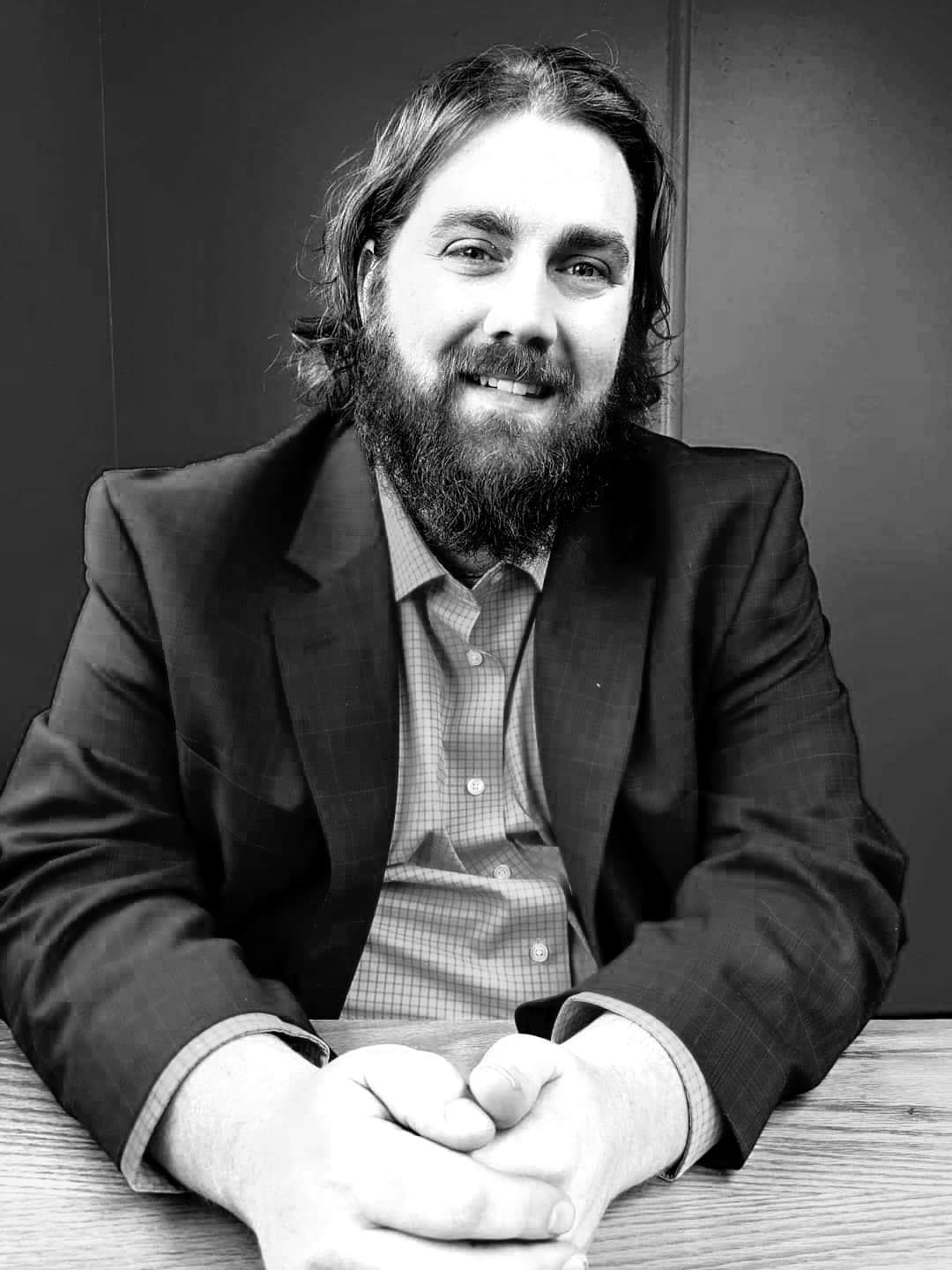 Robbie joined Parrott Creek in 2022 as an experienced advocate with a passion for juvenile care. Robbie grew up in South Dakota but moved to Oregon after receiving a degree in history from the University of Sioux Falls. With nearly a decade of advocacy work in nine states including ballot measures, lobbying, and senior staff roles on legislative, congressional, statewide campaigns, he is excited to join Parrott Creek’s mission to provide trauma informed care to Oregon’s youth.
In his free time he enjoys spending time with his family, enjoying Oregon’s unique natural treasures and watching his beloved Minnesota Twins lose in the first round of the playoffs. 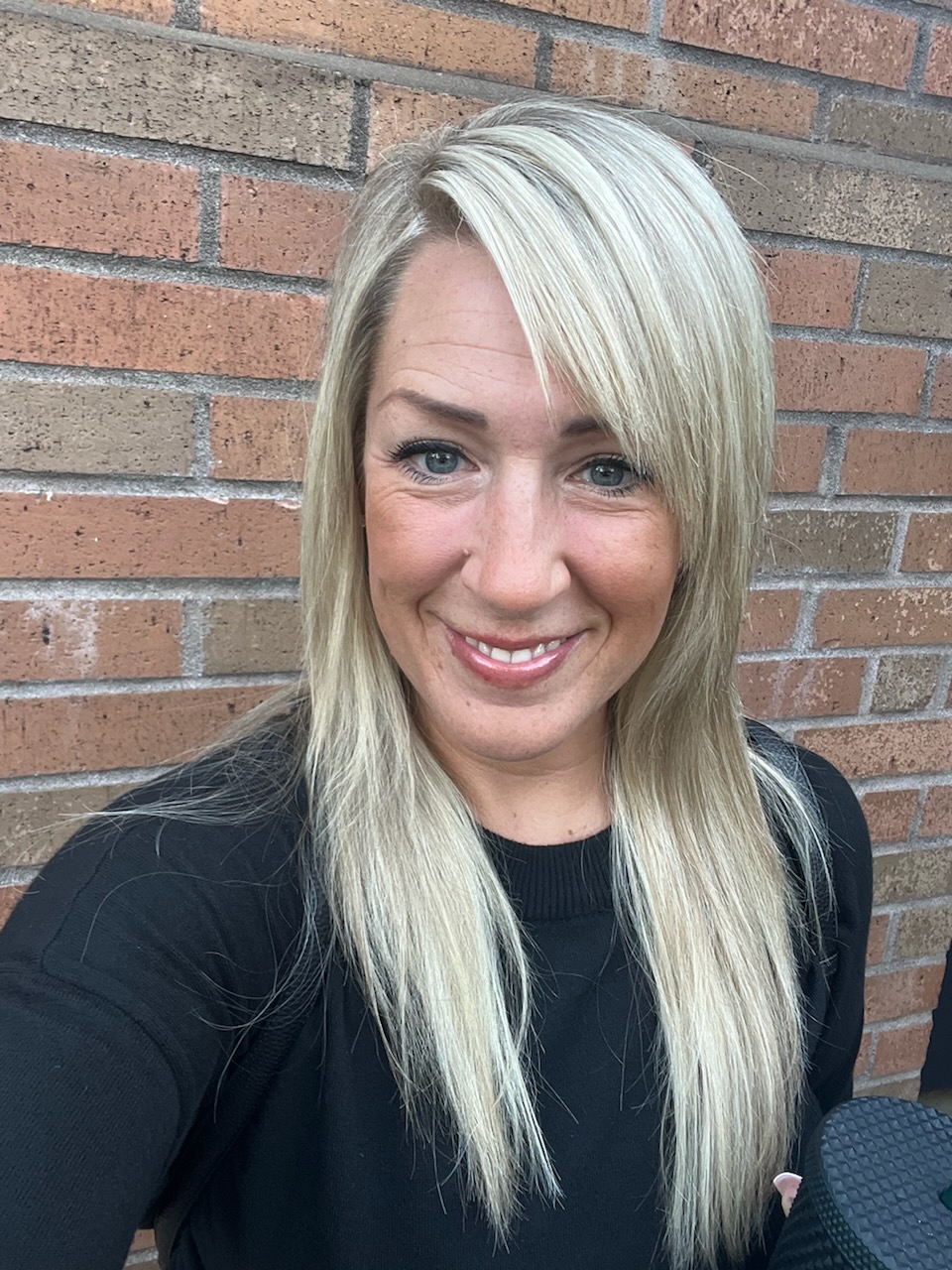 Kristin joined Parrott Creek in 2022, bringing over 16 years of experience in contract and systems management, client relations, and marketing, with a particular focus on the healthcare sector. An outspoken mental health advocate, Kristin has a passion for helping people, especially at-risk youth.
In her free time, Kristin enjoys being active, adventuring in the great outdoors, exploring the artistic side of her brain, binging Netflix documentaries, and spending time with her husband, kids and goldendoodle Bosley.